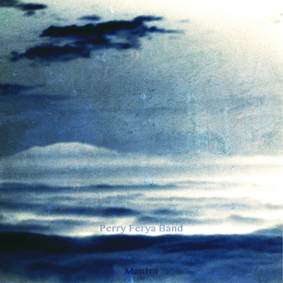 Perry Ferya Band is a marginal project of Skala Collective’s musicians, oriented to a spontaneous psychedelic improvisation with elements of free jazz.

“Mantra” was recorded in 2013. It is the next step, the development of the ideas known from two first Perry Ferya Band’s albums – “Back Out” and “Live on Venus”. The band has still based its works on improvisation and intuitional cooperation of the musicians. It experiments with a composition and different kinds of instruments, looking for new means of expression . Though it is still true to conventions of the psychedelic tradition of 60’s and 70’s as well as to the ethnic tradition of common, unfettered making of music. The musicians automatically reject  the commercial bonds of contemporary civilization. The most significant is a mutual relation, experiencing the act of creation and sharing music with other people.

Four first compositions on this album are studio productions based on above-mentioned standards. The last track on “Mantra” is a characteristic continuation of the previous album “Live on Venus” . It is a 30 minutes long live-recorded huge psychedelic improvisation  “Live on Mars” – a cosmological journey to sources of old times, music of primeval forests and ancient Slavic motherland. The magic journey to Arkaim.

The musicians of Perry Ferya Band have similarly participated in many other projects which has widely been mentioned in the description of Skala Collective’s albums - „Black Constellation” published in Clinical Archives (ca477) and „Sleepy Dancing” (ca512). Their previous projects have been published in such netlabels as Chill Label, Recycling Records, Lego Ego and 49 Manekinów.

Any information about news and other publications the musicians place in their blog:
http://skalacollective.blogspot.com
Contact: perryferya@gmail.com

Uploaded by Clinical Archives on February 25, 2014